Field Yates of ESPN reports that the Falcons have placed WR Devin Fuller on waivers Friday.

The Falcons waived Fuller with an injury designation last summer and he later reverted to their injured reserve list.

During his college career at UCLA, Fuller caught 146 passes for 1,322 yards receiving and 10 touchdowns over the course of four seasons and 44 games played.

Fuller has yet to appear in an NFL game. 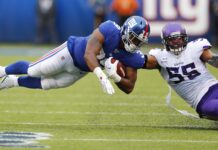 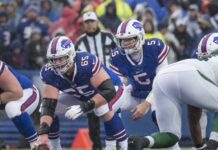