According to Jordan Raanan, the Giants are expected to re-sign WR C.J. Board to a one-year deal. 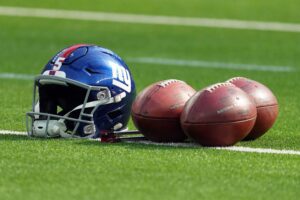 Board missed most of the 2021 season with an injury and is primarily a special teams contributor.

Board, 28, originally signed a three-year, $1.66 million contract with the Ravens as an undrafted free agent out of Chattanooga back in 2018. He was cut loose by Baltimore coming out of the preseason.

Board had brief stints with the Titans and Browns before signing to the Jaguars’ practice squad in 2018. Board was on and off of the taxi squad in 2019 and was eventually claimed off waivers by the Giants in 2020.

The Giants brought Board back last March before releasing him and re-signing him to their practice squad. He was later promoted to the active roster.

In 2021, Board appeared in five games for the Giants, catching four passes for 51 yards.