FOX Sports’ Jay Glazer reported on the pregame show that Saints QB Jameis Winston is playing through four fractures in his back. 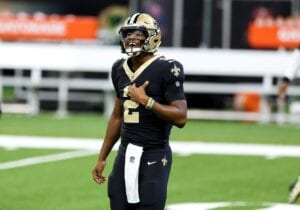 Glazer says Winston is in a lot of pain but the team has determined there’s not a lot of risk of worsening the injury.

Winston has been limited in practice this week. He’ll play with extra padding and try to move the Saints to 2-0 against the Buccaneers.

Winston, 28, is a former first-round pick of the Buccaneers back in 2015. He played out the 2019 season under the fifth-year option from his rookie contract and made a base salary of $20.922 million.

Winston signed with the Saints on a one-year, $1.1 million deal in 2020 and returned to New Orleans on another one-year contract worth up to $12 million in 2021 as the starter. He unfortunately tore his ACL after eight games.

The Saints re-signed him this offseason to a two-year deal with a maximum value of $28 million.

In 2022, Winston has appeared in one game for the Saints and completed 23-34 pass attempts for 269 yards, two touchdowns and no interceptions. He also rushed twice for nine yards.