According to Jordan Schultz, the Jets are signing veteran OT Cedric Ogbuehi to their roster from the Texans practice squad. 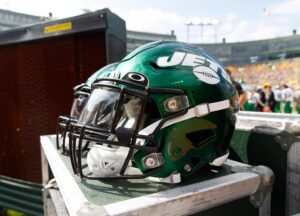 New York is in dire straights at tackle, as they’re missing veteran Duane Brown for another week on injured reserve and starter George Fant got banged up in Week 3.

The Bengals declined to pick up Ogbuehi’s fifth-year option for the 2019 season and he later signed on with the Jaguars. The Seahawks signed him to a one-year contract worth $3.3 million in 2020 and brought him back again in 2021.

The Texans signed Ogbuehi to a one-year deal this past offseason but released him coming out of the preseason and signed him to the practice squad.

In 2021, Ogbuehi started one game for the Seahawks and appeared in two games for the Ravens.