Joe Person writes the Panthers remain in a game of chicken regarding a potential trade for Browns QB Baker Mayfield. 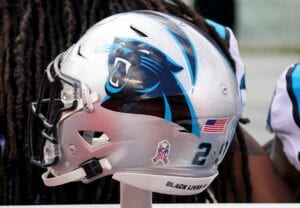 As of Monday morning, there had not been substantive talks between the Panthers and Browns regarding Mayfield, according to Josina Anderson.

However, Person adds not to be surprised if the looming minicamp next week sparks another round of talks. He gets the sense the Panthers don’t want their quarterback situation to linger over the entire summer.

If Carolina wants to add another starting quarterback, Person points out it would behoove them to get him in the door to start learning the system and building chemistry with teammates sooner rather than later.

For the Browns, getting Mayfield out before mandatory minicamp forestalls a potentially awkward situation, although it would be logical for Cleveland to grant Mayfield an excused absence since neither side wants to continue together.

Person also says that while money has been the main sticking point between the two sides, with Carolina pushing for Cleveland to eat most of Mayfield’s salary, one potential solution would be if the Panthers talked the Browns into taking QB Sam Darnold. He is slated to make the same as Mayfield; $18.898 million guaranteed on the fifth-year option.

Money isn’t the only issue, though, as Person notes not everyone in the Panthers’ building believes Mayfield is enough of an upgrade over Darnold to pursue. 49ers QB Jimmy Garoppolo is also available but Person points out Carolina has questions about the health of his shoulder.

Mayfield had shoulder surgery this offseason but has been throwing since March, per Person.