Maneri, 27, began his career as an offensive tackle, but converted to a tight end in 2012 while playing for the Chiefs.

In his five seasons in the NFL, Maneri has spent time with the Texans, Patriots, Chiefs, Bears,Buccaneers, and the Jets. During his career, he has appeared in 24 total games and has recorded six catches for 62 yards.

Shuler, 29, is a former seventh round pick of the Vikings back in 2010. Since then, Shuler has played for a number teams including the Dolphins, Bengals, Raiders, Bills, Cardinals, Jaguars, and Falcons.

Shuler was re-signed to the Falcons back in September, but was released one month later.

In 2014, Shuler appeared in three games, but didn’t record a single statistic. 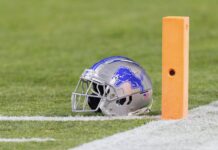