Michael Lombardi is hearing that the Lions will be finalizing a deal to hire former Chargers HC Anthony Lynn as their new offensive coordinator under new HC Dan Campbell. 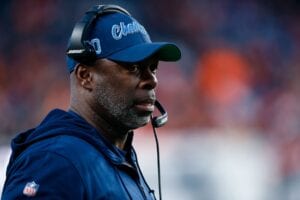 Lombardi expects the deal to be done “in the next few hours.”

Dan Graziano confirms that the Lions are, in fact, hiring Lynn as offensive coordinator.

Lynn was mentioned as a possibility for the Seahawks’ offensive coordinator job, but it appears his best opportunity could be in Detroit.

During his four years with the Chargers, Lynn has led the team to a record of 33-31 (51.6 percent), which includes one playoff appearance.