According to Jason La Canfora, the NFLPA has concluded its investigation into Chargers QB Tyrod Taylor‘s punctured lung back in Week 2 and determined there was a medical error. 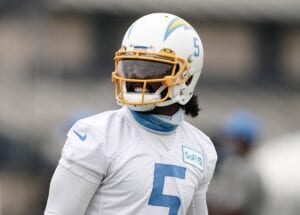 “They punctured his lung before the game,” an NFLPA source said. “That isn’t even in question. The team isn’t disputing it. And it cost him his starting job. Those are the facts and they speak for themselves. They gave him a shot with his pads on 20 minutes before kickoff.”

Now the union has about another month to decide if it wants to file a grievance in the matter. Taylor was set to start before the incident and first-round QB Justin Herbert was sensational in relief, which led to Taylor losing the gig.

Taylor has not indicated if he would like to pursue a grievance, though the NFLPA could elect to pursue it on their own. They have 60 days from the incident to make a decision.

La Canfora points out Taylor and Chargers HC Anthony Lynn are close and Lynn planned to stick with Taylor until Herbert’s outstanding level of play left him no choice.

Taylor is set to be a free agent following the season and staying in Los Angeles as the backup could be the best move for his career at this point, which La Canfora says will factor into his decision on a potential grievance.

We’ll have more on Taylor as the news is available.

190,656FansLike
7,623FollowersFollow
275,136FollowersFollow
© NFLTradeRumors.co is an independent news source and has no affiliation with the National Football League (NFL), NFL.com, or any team(s).
wpDiscuz
You are going to send email to
Move Comment