According to Tom Pelissero, the Packers are waiving backup QB Kurt Benkert on Friday. 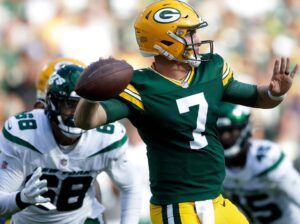 Benkert had signed with the Packers in May of last year, but was cut earlier after training camp. He re-signed on to their practice squad before the season began and was eventually promoted in December.