According to Joseph Person, the Panthers officially activated S Juston Burris from the injured reserve on Saturday and promoted RB Rodney Smith from their practice squad. 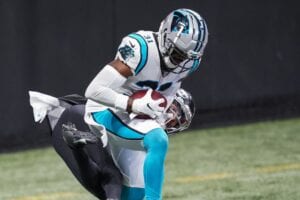 The Panthers designated Burris to return from the injured reserve earlier this week. (NFLTR)

The Jets re-signed Burris to their practice squad after he cleared waivers but eventually joined the Browns not long after. Cleveland elected to re-sign him to a one-year, $645,000 deal last year.

From there, Burris signed a two-year, $8 million contract with the Panthers this past March.

In 2020, Burris has appeared in six games for the Panthers and recorded 24 tackles, one interception and two passes defended.