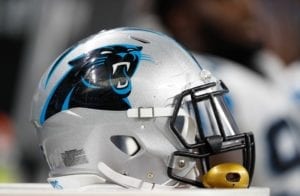 Horn is currently hoping to return after playing in just three games before suffering a broken foot.