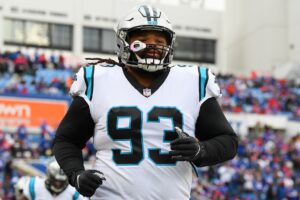 Roy will miss at least the next four games while on injured reserve before he can be activated.

Roy, 24, is a former sixth-round pick of the Panthers back in 2020. He’s currently in the third year of his rookie contract.

In 2022, Roy has appeared in two games and recorded two tackles and no sacks.