According to Mike Kaye, the Panthers are signing CB Tae Hayes to the roster on Thursday. 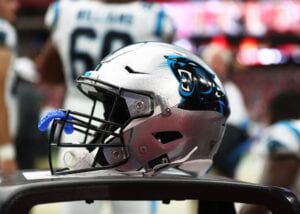 He’s the latest former USFL player to catch on with an NFL team, though he’s also played for a few other NFL teams. He had a stint with Carolina to end last season.

Hayes, 24, wound up going undrafted out of Appalachian State back in May of 2019. He later signed a three-year, $1.755 million contract with the Jaguars, but was waived coming out of the preseason.

The Jaguars re-signed Hayes to their practice squad before cutting him a month later and was eventually claimed by the Dolphins. Miami cut him loose coming out of training camp and re-signed him to the practice squad.

The Dolphins cut Hayes in November and he landed on the Vikings practice squad. Minnesota had re-signed Hayes to a futures deal for 2021 before releasing him in March. The Cardinals added him to their offseason roster but waived him again in August. He had a stint on the Panthers’ practice squad late in the season before catching on in the USFL with the Birmingham Stallions this past spring.

For his career, Hayes has appeared in six games for the Dolphins, Jaguars and Vikings, recording 10 total tackles and two pass deflections.