According to Aaron Wilson, the Raiders hosted 10 players for workouts on Tuesday including S Bradley McDougald. 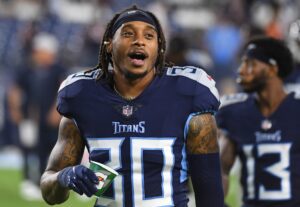 Seattle traded McDougald to the Jets last summer as part of the Jamal Adams trade. The Titans signed McDougald to a contract last month and he’s been on and off of their roster before being last month.

In 2021, McDougald has appeared in two games and recorded three tackles.