Jordan Schultz reports that the Raiders are signing CB Chris Jones to a contract. 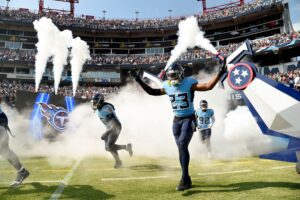 Jones, 26, wound up signing on with the Lions as an undrafted free agent out of Nebraska back in 2018. He agreed to a three-year, $1.71 million contract with the Lions but was waived coming out of the preseason.

Detroit elected to waive Jones after a couple of months and he was claimed by the Vikings. Minnesota declined to tender him as a restricted free agent last offseason and he signed a one-year deal with the Titans.

In 2021, Jones appeared in seven games for the Titans and recorded seven tackles.