Jamison Hensley reports that the Ravens have Rob Ryan as their inside linebacker coach. 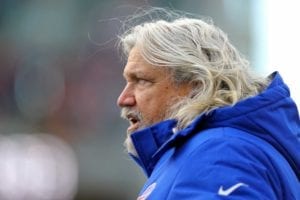 Jeff Zrebiec notes that Ryan is very close with Ravens DC Don “Wink” Martindale and previously coached together in Oakland.

Ryan, 58, began his NFL coaching career with the Patriots back in 2000 as their linebackers coach. Since then, he’s worked for a number of teams including the Raiders, Browns, Cowboys, and Saints as their defensive coordinators.

After being fired by the Saints in 2015, Ryan joined his brother’s coaching staff with the Bills as their assistant head coach/defense. However, Buffalo elected to fire both Rex and Rob after the 2016 season and he sat out two years.

Washington hired Ryan as their inside linebackers coach for the 2019 season.