Jeff Zrebiec reports that The Baltimore Ravens brought in five players for tryouts during the team’s rookie minicamp including DTs Daniel McCullers and Joey Ivie. 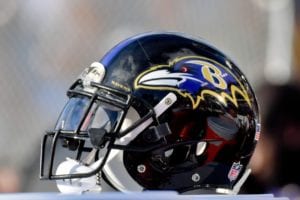 From there, the Steelers signed McCullers to a two-year deal worth $2.75 million. However, he was released coming out of the preseason and later re-signed to their practice squad.

The Bears signed McCullers to their active roster but ended up releasing him in October of 2020.

In 2020, McCullers appeared in 8 games for the Bears and recorded three tackles and no sacks.

Ivie, 26, is a former seventh-round pick of the Cowboys back in 2017. He was waived at the start of the regular season and later signed to the Falcons’ practice squad.

Ivie was on and off of the Chiefs’ active roster before signing on to the Titans’ practice squad. He then joined the Browns in September and was elevated to the active roster but never appeared in a game for Cleveland.

In 2019, Ivie appeared in eight games for the Chiefs and Titans while recording two tackles and no sacks.