According to Ian Rapoport, Saints HC Sean Payton has not committed to the team that he’s coming back to coach in 2022. 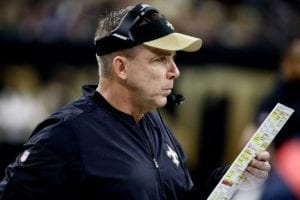 Payton has been the coach since 2006 and has three years left on his contract worth at least $45 million. But there have been quiet whispers about Payton for a few weeks now and Rapoport says the team has not received assurances.

He explains this season, with all of the injuries and the instability at quarterback in the wake of Drew Brees‘ retirement, was extremely taxing on Payton. If he were to step away, it would be for a year or so to recharge before returning to coaching later. However, it probably would not be with New Orleans.

Rapoport uses the example of Buccaneers HC Bruce Arians, who retired in 2017 and did some broadcast work before coming back to coach Tampa Bay, which sent some draft compensation to the Cardinals to take on Arians’ deal.

There has been a lot of rumored broadcast interest in Payton recently, for what it’s worth, and the coach is long thought to be someone who would excel on TV once he’s ready to step away.

Rapoport notes Payton was not able to be reached directly for comment. He’s on vacation and has been on vacation for a week but he’s also gone dark on some people close to him about his plans. Rapoport says no one really knows what Payton will ultimately decide to do. 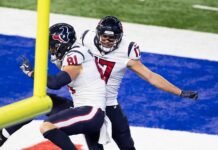