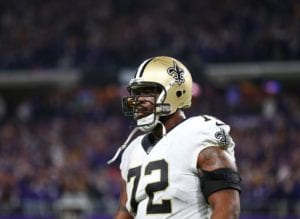 All three are dealing with knee injuries and all three have been out for a few games now. It’s a big blow to the Saints, as those are probably their three best remaining offensive players.

Kamara, 26, is a former third-round pick of the Saints back in 2017. Kamara was in the final year of his four-year, $3.85 million rookie contract when he agreed to a five-year extension worth $77.133 million in September of last year.

In 2021, Armstead has appeared in seven games for the Saints, making seven starts for them at left tackle. Pro Football Focus has him rated as the No. 17 offensive tackle out of 81 qualifying players.

Ramcyzk was set to make $11.064 million for the 2021 season on the fifth-year option when the Saints signed him to a five-year, $96 million extension.

In 2021, Ramczyk has appeared in nine games for the Saints, making nine starts at right tackle. Pro Football Focus has him rated as the No. 7 offensive tackle out of 81 qualifying players.