The New Orleans Saints have restructured the contract of RT Ryan Ramczyk for cap space, according to Field Yates. 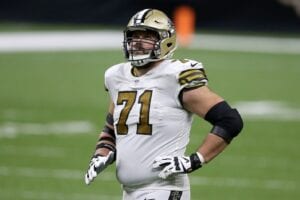 The Saints specifically converted a part of Ramczyk’s base salary into a fully guaranteed roster bonus that is paid out in 2022, which created $241,608 of 2021 cap room.

Yates mentions that the rash of injuries the Saints have dealt with this year forced them to create additional cap space to get through the season.