The New Orleans Saints officially waived DB Dylan Mabin from the injured reserve with a settlement on Friday. 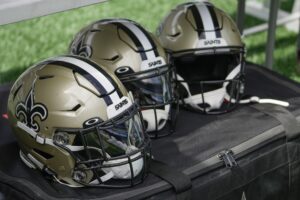 Mabin, 24, wound up going undrafted out of Fordham back in April of 2020. He later agreed to a three-year, $1.755 million contract with the Raiders.

New Orleans waived him with an injury designation earlier this week.

During his college career at Fordham, Mabin recorded 149 tackles, one interception, two forced fumbles, a recovery, and 40 passes defended over the course of four seasons and 42 games.