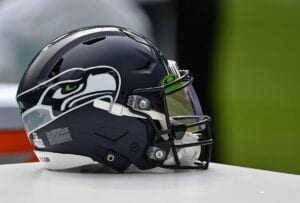 Barrett, 25, wound up going undrafted out of Ohio State back in May before signing a three-year, $1.71 million contract with the Saints. New Orleans elected to waive Barrett as they cut their roster down to 53 players and he was on and off of their practice squad throughout the year.

Barrett returned to New Orleans on a futures deal this past January, but was cut loose in August. He later had a brief stint with the Seahawks before returning to the Saints’ practice squad.

During his four years at OSU, Barrett threw for 9,434 yards while completing 63.5 percent of his passes to go along with 104 touchdowns and 30 interceptions. He also rushed for 3,263 yards and 43 touchdowns.

McGough, 25, was selected by the Seahawks in the seventh round of the 2018 NFL draft. He signed a four-year, $2,563,692 with Seattle but wound up being among their final roster cuts coming out of the preseason.

Houston once again waived McGough coming out of camp and he was later added to their practice squad and eventually released. 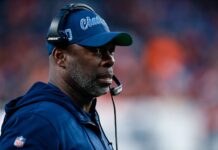