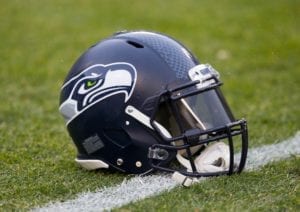 Siverand, 23, wound up going undrafted out of Oklahoma State back in April. He later agreed to a three-year, $2.28 million contract with the Seahawks.

Siverand originally began his college career at Texans A&M before transferring to OSU for the 2018 season.

In total, Siverand recorded 13 tackles, no interceptions and a fumble recovery. As a receiver, he caught one pass for 16 yards receiving.