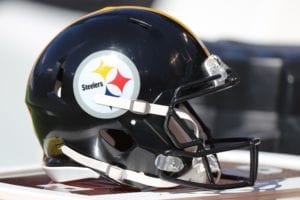 Steelers long-time GM Kevin Colbert just wrapped up his final draft for the team and is expected to step down.

Pittsburgh has already met with several GM candidates for the position including:

Cowden had an interview request from the Washington Football Team and Giants earlier this offseason before meeting with the Steelers.

Spytek was a candidate for the Vikings and Raiders’ general manager jobs.

Spytek began his player personnel career working as an intern for the Eagles back in 2005. He later had stints with the Lions, Browns and Broncos before eventually being hired by the Buccaneers.