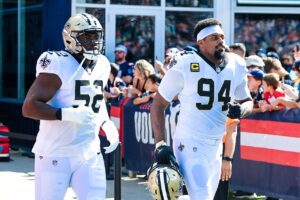 From there, Adam signed on with the Saints and has been on and off of their roster.

In 2021, Adams has appeared in five games for the Saints and recorded seven tackles, no sacks and a pass defense.