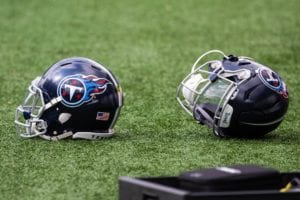 Simon, 30, is a former fourth-round pick of the Ravens back in 2013. He spent just over a year in Baltimore before he was waived at the start of the 2014 season and later signed on to the Ravens’ practice squad.

He was signed off of the Ravens’ practice squad by the Texans and spent the next three seasons in Houston.

After Simon played out the 2016 season under a low-round restricted tender for the Texans, the Colts signed him to a three-year, $14 million contract in 2017. He later caught on with the Patriots before joining the Titans this past July.

Tennessee released Simon coming out of the preseason but recently re-signed him to the practice squad.