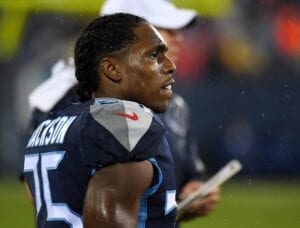 According to OverTheCap.com, releasing Jackson will free up $10,244,000 of available cap space while creating no dead money.

Philadelphia would later trade Kelly to the Titans in return for WR Dorial Green-Beckham. From there, the Titans re-signed him to a three-year, $21M deal with $8.75M guaranteed last year.

In 2020, Kelly appeared in all 16 games for the Titans, making 16 starts for them at right tackle.