The Tennessee Titans announced Monday that they’ve signed 11 players to futures contracts for the 2022 season. 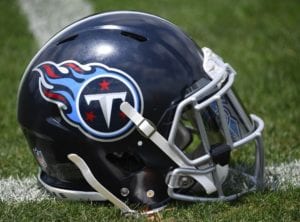 The Titans also activated defensive back Greg Mabin from the COVID-19 list.

From there, Hogan re-signed with Denver on a one-year deal but was among their final roster cuts. He had a brief stint on the Bengals practice squad before joining the Titans midseason.