Following the news from Saturday night that the Falcons will designate DT Paul Soliai as a post-June 1 release at the start of the 2016 league year, Armando Salguero mentions that Soliai would like to return to the Miami Dolphins.

The Dolphins used a fourth-round pick on Soliai back in 2007 and he wound up spending seven years in Miami before signing on with the Falcons as a free agent a few years ago.

Last year, Soliai’s role in Dan Quinn’s 4-3 offense was reduced, which made it easier  for the team to take the cap savings and look for a better fit in free agency and/or the draft.

Miami may have a tough time being active in free agency, especially if they’re able to keep DE Olivier Vernon, so they would likely be shopping for value if they were to consider bringing Soliai back.

Soliai, 32, was in the third year of his five-year, $32 million contract that included $14 million guaranteed. He would have made a base salary of $5 million for the 2016 season.

According to OverTheCap.com, releasing Soliai after June 1 will free up $5,437,500 in available cap space while creating $1.4 million in dead money.

In 2015, Soliai appeared in 14 games and recorded 22 tackles, no sacks, and a fumble recovery for the Falcons. Pro Football Focus has him rated as the No. 57 interior defensive lineman out of 123 qualifying players. 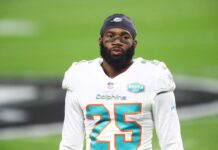 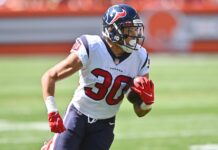