Chris Tomasson reports that the Vikings are bringing in multiple free agent punters for workouts on Wednesday including Justin Vogel and Shane Tripucka.

According to Tomasson, there likely will be at least one other punter on hand for the tryout this week.

Tomasson says that Minnesota could be looking to add some competition for P Matt Wile this summer.

Vogel, 25, wound up signing on with the Packers as an undrafted free agent out of Miami back in 2017. He was in the second year of his three-year, $1.66 million contract when the Packers waived him last May and he was later claimed off of waivers by the Browns.

Unfortunately, Cleveland loose coming out of the preseason. He later signed on with the 49ers this past March, but was once again waived a month later. 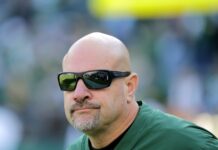