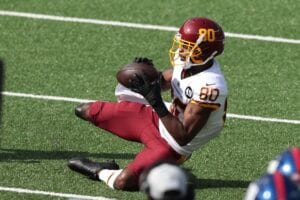 Inman, 31, originally signed on with the Jaguars as an undrafted free agent out of Virginia back in 2011. Jacksonville decided to waive him soon after and he later joined the Chargers in 2014.

The Chargers re-signed Inman to a one-year restricted deal worth $2.746 million for the 2017 season before trading him to the Bears for a conditional seventh-round pick. He had brief stints with the Colts and Patriots before returning to the Chargers in August.

Los Angeles waived him from injured reserve last year and he later caught on with the Colts. He signed with Washington this past August.

In 2020, Inman appeared in nine games for Washington and caught 18 passes for 163 yards receiving and two touchdowns.