The NFL announced the International Home Marketing Area Teams and Markets on Wednesday. 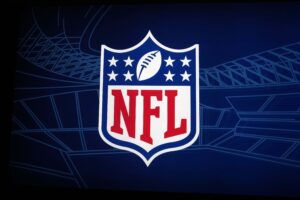 This includes 18 NFL teams who have been granted access to 26 International Home Marketing Areas across eight
different countries.

According to the release, “the initiative grants clubs access to international
territories for marketing, fan engagement and commercialization as part of an important, longterm, strategic effort to enable clubs to build their global brands while driving NFL fan growth.”

“NFL fandom begins with our clubs,” said Christopher Halpin, NFL Executive Vice President,
Chief Strategy & Growth Officer. “This important initiative enables NFL teams to develop
meaningful, direct relationships with NFL fans abroad, driving fan growth and avidity globally. We were very pleased with the number, creativity and level of commitment of club proposals across the board in this initial application period and look forward to teams launching their efforts early next year.”

Things such as in-person and digital marketing, corporate sponsorship sales, fan events and activations, youth football activities, merchandise sales and co-marketing relationships with other sports and entertainment properties in the market.

“Today’s announcement is a significant milestone in our efforts to broaden the NFL’s global reach by building long-term relationships with these international markets that will play a large role in the continued growth and expansion of our sport for years to come,” said Joel Glazer, Tampa Bay Buccaneers Owner/Co-Chairman and NFL International Committee Chairman. “Much of our league success is rooted in the strong connection that our individual teams have built with their fans, and this initiative creates many more avenues for engaging and energizing our international fanbase.”

Here’s the full breakdown of IHMAs: