According to Tom Pelissero and Ian Rapoport, the NFL salary cap in 2023 could exceed $220 million, a significant jump from past seasons. 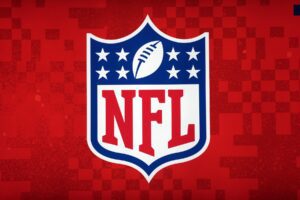 One source told them they expected the cap to land “well above 220 (million).” However, Pelissero and Rapoport caution there are a few things up in the air between the NFL and the NFLPA that will impact the final calculation.

The NFL still needs to find a home for its Sunday Ticket service, as the current contract with Direct TV expires after this season. That will impact the new media deals which can increase the player’s share of the revenue if they hit certain benchmarks, per Pelissero and Rapoport.

The two add the NFLPA still owes player benefits that were suspended during the pandemic to help the cap not drop as far. The union and the league could elect to pay all of those back this year or to keep spreading them out over multiple years, which will also impact the final number the cap lands on.

Regardless, $220 million seems like a safe number to project the cap to exceed.

The cap was set at its ceiling of $208.2 million in 2022 as the NFL and the NFLPA continued to sift through the ramifications of the global COVID-19 pandemic that caused a significant drop in revenue.

We’ll have more on the NFL salary cap as the news is available.