According to Aaron Wilson, the 49ers are promoting RB Marlon Mack from their practice squad to the active roster on Tuesday. 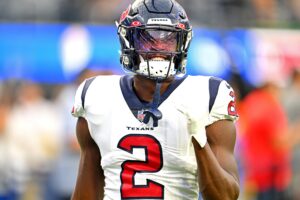 Mack was set to test the market as an unrestricted free agent last offseason when he returned to Indianapolis on a one-year, $2 million deal. He later caught on with the Texans during the 2022 offseason. The 49ers signed him to their practice squad last week.

In 2021, Mack appeared in six games for the Colts and rushed 28 times for 101 yards (3.6 YPC), adding two receptions on five targets for eight yards.