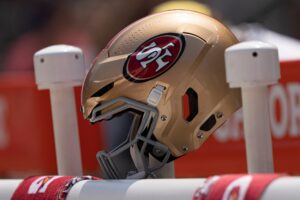 Matthews, 29, is a former second-round pick of the Eagles back in 2014. The Eagles traded Matthews and a 2018 third-round pick to the Bills in return for CB Ronald Darby in August of 2017.

Matthews played out the final year of his four-year, $4,949,269 contract before signing a one-year contract with Patriots worth up to $1.7 million. The Patriots released Matthews during the preseason with an injury settlement and he then returned to the Eagles.

From there, Matthews signed a one-year, $1.8 million deal with the 49ers in 2019. He returned to the Eagles for a brief period but has been on and off of the 49ers’ roster ever since.

San Francisco cut Matthews coming out of the preseason this year but he immediately signed to their practice squad. The 49ers then released Matthews last month. He most recently worked out for the Falcons.

In 2020, Matthews appeared in two games for the 49ers but was not targeted and did not catch a pass.