Ian Rapoport of NFL Media reports that the 49ers are finalizing a contract with veteran CB Dre Kirkpatrick on Monday. 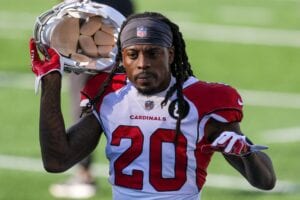 This comes shortly after the news that Jason Verrett is out for the season with a torn ACL.

Kirkpatrick visited with the Texans, 49ers, Saints and Patriots since becoming available, but it looks like San Francisco stepped up to get a deal done Monday.

There was some talk about the 49ers re-signing Richard Sherman, but it appears that won’t be the case at least for now.

Kirkpatrick was set to make a base salary of $9.4 million for the 2020 season when the Bengals released him and later signed a one-year deal with the Cardinals in August of last year.

In 2020, Kirkpatrick appeared in 14 games for the Cardinals and recorded 56 tackles, three interceptions, and seven pass defenses. ProFootballFocus rated him as the No. 105 cornerback out of 121 players.