The San Francisco 49ers are trying out five free agents this week, according to Aaron Wilson. 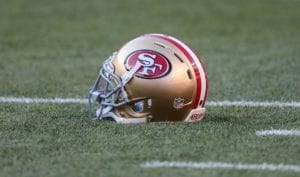 Gordon, 24, wound up going undrafted out of Washington State back in April. He later signed a three-year rookie contract with the Seahawks, but was waived coming out of training camp.

Gordon was a second-team All-Pac 12 recipient last season and was a semifinalist for the Davey O’Brien Award, which is given to the nation’s best quarterback.

Jennings most recently had a workout with the Cleveland Browns as he tries to secure another NFL opportunity.

In 2019, Jennings appeared in one game for the Miami Dolphins but was unable to record any statistics.

187,478FansLike
7,623FollowersFollow
275,529FollowersFollow
© NFLTradeRumors.co is an independent news source and has no affiliation with the National Football League (NFL), NFL.com, or any team(s).
wpDiscuz