As Salguero explains it, there was a developing rift between then GM Jeff Ireland and Philbin. In an attempt to save both his job and that of OC Mike Sherman, Philbin blamed the team’s offensive issues on Tannehill and then pushed for the team to take Carr in the first round of the 2014 draft. 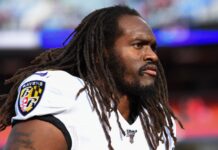