According to Kevin Fishbain, the Bears are signing DL Mike Pennel to the active roster and waiving OL Lachavious Simmons in a corresponding move. 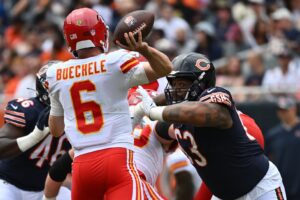 The team is also adding OL Michael Niese and DE Andre Anthony to the practice squad.

Pennel, 31, wound up signing on with the Packers as an undrafted free agent out of Colorado State-Pueblo back in 2014. He was waived towards the end of 2016 and was later claimed off of waivers by the Jets.

The Jets re-signed Pennel to a three-year contract worth up to $12 million in 2018 but New York declined his team option after one season. He signed on with the Patriots but was later released.

Pennel worked out for the Colts, Lions, Packers, and Cardinals before signing with Kansas City. The Chiefs later brought him back on a one-year deal before he ended up joining the Bears. He was placed on injured reserve and then released, however.

From there, Pennel caught on with the Falcons’ practice squad in August of last year. He was on and off the team’s active roster before his contract expired this offseason. The Bears signed him to a contract in June but opted to cut him loose earlier this week.

In 2021, Pennel appeared in 10 games for the Falcons, accruing 21 total tackles. 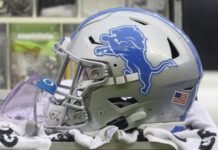