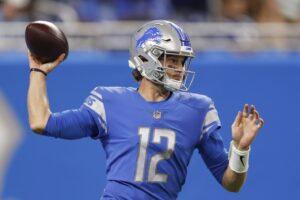 The team is placing DB Dane Cruikshank on injured reserve as well due to a hamstring injury.

Boyle, 28, wound up going undrafted out of Eastern Kentucky back in 2018. He managed to make the 53-man roster as a rookie and has remained on the team’s active roster for three years.

The Packers declined to tender Boyle an offer as a restricted free agent and he signed a one-year $2.5 million deal with the Lions last offseason.

In 2021, Boyle appeared in five games for the Lions and completed 64.9 percent of his passes for 526 yards to go with three touchdowns and six interceptions.