Jeremy Fowler of ESPN reports that the Bears are signing CB Davontae Harris to a contract on Friday. 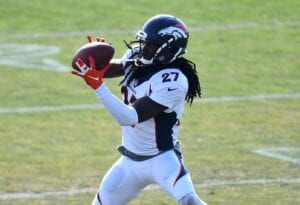 The Bengals placed Harris on injured reserve coming out of the preseason with a knee injury before designating him to return. Cincinnati opted to move on from him and he signed on with the Broncos soon after.

The Ravens claimed Harris off waivers last year before placing him on injured reserve. Baltimore brought him back on a futures contract only to cut him loose coming out of the preseason. He was on and off of the 49ers’ practice squad last year.

In 2021, Harris appeared in six games for the Chargers and 49ers and recorded seven tackles and no interceptions.