According to Ian Rapoport, the Bengals are signing RB Elijah Holyfield to their practice squad. 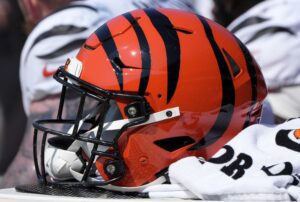 Holyfield boosts Cincinnati’s depth at the position after injuries to the group.

Holyfield, 23, signed with the Panthers as an undrafted free agent out of Georgi in 2019a. He signed a three-year, $1.755 million contract in 2019 but was cut loose as a rookie and re-signed to Carolina’s practice squad.

During his three-year career at Georgia, Holyfield rushed 215 times for 1340 yards and nine touchdowns in 27 games. He also caught seven passes for 63 yards.