According to Ben Baby, the Bengals are signing WR Tyron Johnson and DE Owen Carney on their practice squad. 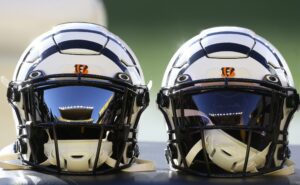 Johnson signed with the Bills practice squad a few days later. From there, he had brief stints with the Texans, Panthers, Chargers, and Jaguars before signing on with the Raiders.

The Texans brought Johnson back but eventually waived him once again.

In 2022, Johnson has appeared in four games and caught one pass for eight yards receiving.