Multiple team and league sources who spoke with Jason La Canfora of CBS Sports were adamant that no work is being done to investigate other sites around the country to relocate the Buffalo Bills, who are trying to secure a new stadium in Western New York. 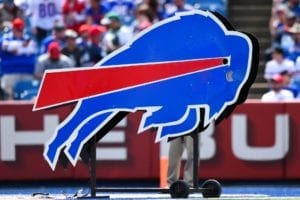 La Canfora mentions that Austin, Texas has been floated as a potential landing spot for the Bills, due to the team’s prolonged attempts to secure a new stadium.

According to La Canfora, the NFL views the Bills as a regional foothold and sources have told him that team owners Terry and Kim Pegula have never raised the specter of Austin or any other city with commissioner Roger Goodell or any other league official.

Beyond that, La Canfora says the Bills have not done any studies on Austin or any other potential site and the sources he’s spoken to have indicated there is actually a sense of optimism that a long-term solution can be found in Orchard Park.

The Bills’ stadium situation is expected to be part of the agenda at the next NFL owner’s meeting in October.

“This has been going on for decades when you go back to (former owner) Ralph Wilson,” a source with direct knowledge of the situation tells La Canfora. “There has to be a sense of urgency for all parties to finally get it resolved.”

La Canfora notes that new governor Kathy Hochul has “strong ties” to Western New York and “strong relationships” with many in the Bills organization, which has led to increased optimism that a deal could get done.

Beyond that, La Canfora says the optimism is shared by those in the league office.

We’ll have more regarding the Bills and a new stadium as the news is available.