The Buffalo Bills announced Wednesday that they’ve signed 15 players to their practice squad. 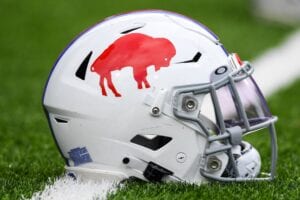