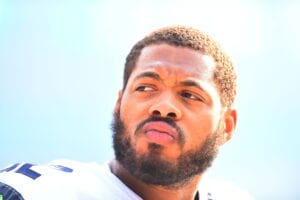 Jones, 26, is a former third-round pick of the Seahawks back in 2017. He spent three years in Seattle before he was waived after the 2020 draft.

For his career, Jones has appeared in 20 games and recorded 26 tackles, two sacks, an interception, a fumble recovery and three pass deflections over the course of two seasons.