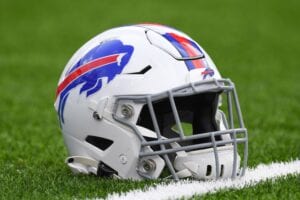 Williams wound up going undrafted out of Appalachian State back in April. He later signed a rookie contract with the Bills.

During his five-year college career at App. State, Williams caught 190 passes for 2,382 yards receiving and 17 touchdowns to go along with 23 yards rushing yards and a touchdown over the course of 60 games.