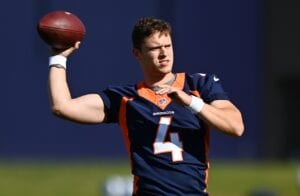 The Broncos promoted Rypien to their active roster in October but waived him and re-signed to their taxi squad in December. He was cut coming out of training camp before returning to the practice squad. He was on and off the active roster a couple of times during the season.