The Denver Broncos officially signed C Patrick Morris to a futures contract for the 2021 season. 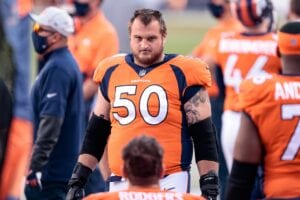 Here’s the updated list of futures signings for the Broncos:

Morris, 25, wound up going undrafted out of TCU back in 2018. He later agreed to a three-year, $1.71 million contract with the Steelers.

Morris spent his rookie season on the Steelers’ practice squad before returning to Pittsburgh this past January on a futures contract. The Steelers eventually waived him and he was later claimed off waivers by the Broncos.

Morris was on and off of their roster this past season.

For his career, Morris has been active for three games.