The Cleveland Browns are placing OT Greg Senat on injured reserve, according to Mary Kay Cabot. 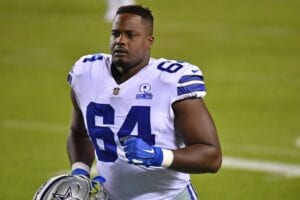 Senat, 26, was drafted in the sixth round of the 2018 NFL Draft by the Ravens. Shortly after, he agreed to a four-year, $2.6 million rookie deal with Baltimore.

Senat made the Ravens’ final roster coming out of the preseason in 2019, but was waived and later claimed by the Chiefs. Unfortunately, he was placed on injured reserve before being waived.

Senat later signed on to Cleveland’s practice squad in 2020 before having a brief stint with the Cowboys. The Browns brought him back on a one-year deal in March after Dallas declined to issue a qualifying offer to him.